It was a warm sunny morning when we crossed the harbour with packed bags, picked up our rental car and headed East. It had been 11 years since I’d last been in Lunenburg, when I’d signed off as a Deckhand upon the Bluenose II in the fall of 2005. It was a reunion, a gathering of past Bluenose II Crew that brought me back, with my Family this time.

It was grey and drizzling when we finally crossed the border into Nova Scotia. It’s a beautiful thing to drive across this great Country of ours. I was continually asked if we were going to fly East, but no. As we don’t own a car we were looking forward to the road trip. We wanted to see the change of colour of the leaves, that beautiful quilt of autumnal colours that blankets the view as far as one can see. We wished to see the rolling hills along the shores of the St.Lawrence River, and to see the ports that Gordon visited once upon his tug boat days. I was ever on the lookout for a Moose, but there was nary to be seen. 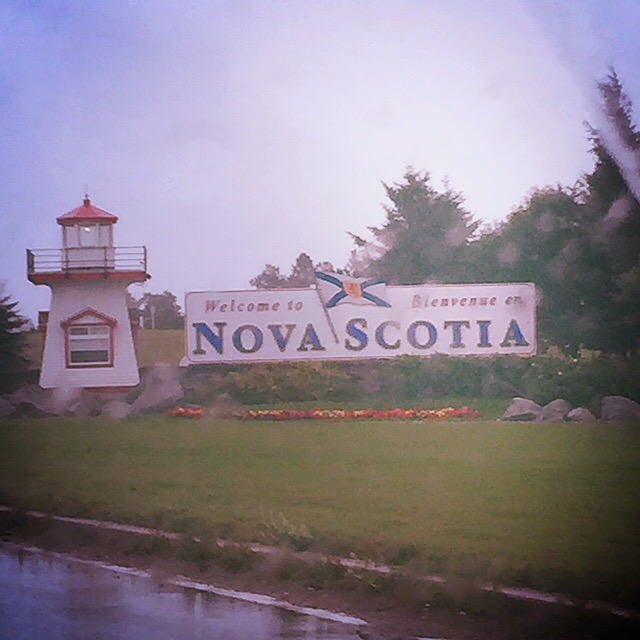 Our first stop was Halifax itself. As we crossed the bridge from Darmouth we could see the Bluenose II sailing in the harbour. We arrived dockside just in time to witness her make her berth, and for Open Deck Tours. The ship hadn’t changed a bit I mused when I first beheld her. The reality is she has, immensely, having undergone an extensive rebuild over the past several years. The entire deck layout as well as the layout down below have been altered in their design, though the rig is unchanged. Regardless, she still holds the same sentiment of beauty and grace of which she is renown.

Onward we continued to Lunenburg, taking the scenic route through Mahone Bay. We stayed at the beautiful Bluenose Lodge whilst in Lunenburg, coincidentally across the street from The Knot. A fabulous little pub when I’ve spent many an hour, and many a dollar.

Saturday morning arrived clear and bright, it was the perfect day for a Blunose II Crew Union. We all amassed at the Fisheries Museum of the Atlantic to register, and co-mingle…. What year were you Crew?  We were provided with day passes to the Fisheries Museum of the Atlantic where I had a short time to explore the ship models with my Son, showing him how the Grand Banks Fishermen used hand lines and long lines to catch the halibut and cod in their dory’s.

We were quickly rounded up for the mandatory Crew photo aboard the Theresa E Conner, one of the last fishing schooners to operate out of Lunenburg. Following our paparazzi session, we were invited to an afternoon BBQ at the home of former crew member BM. It was an informal opportunity where we really had chance to get to know one another, and to share our crewing stories and experiences. We toasted the event with the generously donated Shipbuilder’s Cider. Thank you BM for your hospitality, for welcoming us into your home!

At some point earlier in the day, while we stood on the wharf, we came to realize that it was also September Classics. An annual race of  beautiful classic boats; schooners, ketches, and the like, which race out of Lunenburg harbour around Cross Island and back to Port.

After any race the Sailors tend to congregate to celebrate at the Dory Shop. I’ve attended many a Dory Shop party whilst I was in Lunenburg, and it was great to share the experience with Gordon and the Boy. I saw and ran into so many familiar faces, and met some lovely new folks. But, with the Boy being only 7 we had to make an exit before the band began, and the debauchery and plain good ol’fun of the Tiki Torch Dory Race. The Boy was rather insistent that he should go back to the room for a nap and return with his harmonica but it was not to be. Maybe next time kiddo.

By mid day Sunday it was time to begin our journey home. We had explored Lunenburg, I had pointed out all my old haunts to G and the Boy. I had savoured the Spud Skins at the Grand Banker, had a pint at the Knot, and picked up a few souvenirs. Of course no trip to Lunenburg wouldn’t be complete without a trip down the docks of the Picton Castle, another fine ship I’ve spent time aboard as crew. Everywhere I went in town, with every corner I turned, I was greeted with great memories of my crew mates, from both vessels. I was reminded of so many great times, faces, voices and laughter. It was an absolute pleasure to see some of you again, and I’m sorry time didn’t allow me to reunite with others.

Back on Friday in Halifax,  we gleaned from our conversation with Captain Watson that the Bluenose II was going to be off the shores of Peggy’s Cove for some promotional photos. So Peggy’s Cove was our next destination. It was a beautiful sight to behold the power of the ocean pounding on the large rocks of Peggy’s Cove, and to finally see the lighthouse under a beautiful blue sky. I’d never visited before. We arrived just as the Bluenose II was departing, bound for Lunenburg. 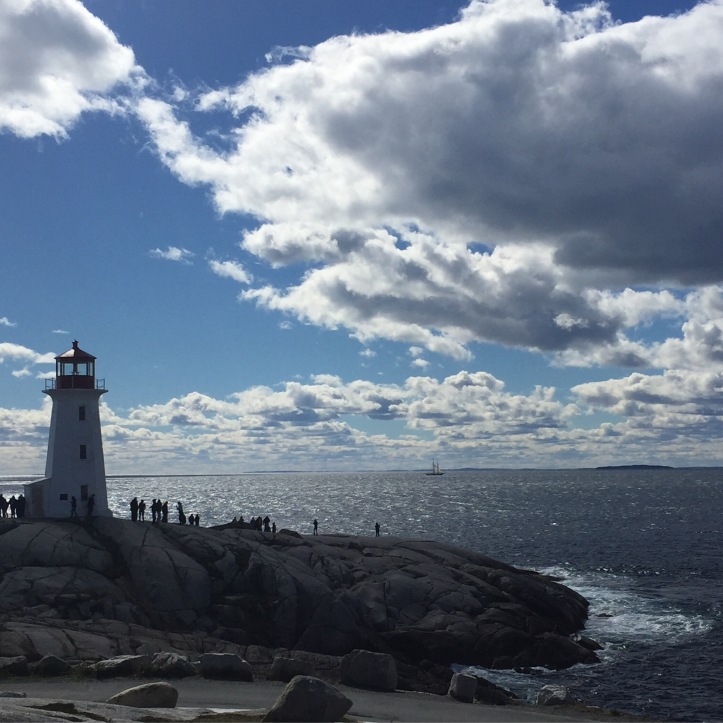 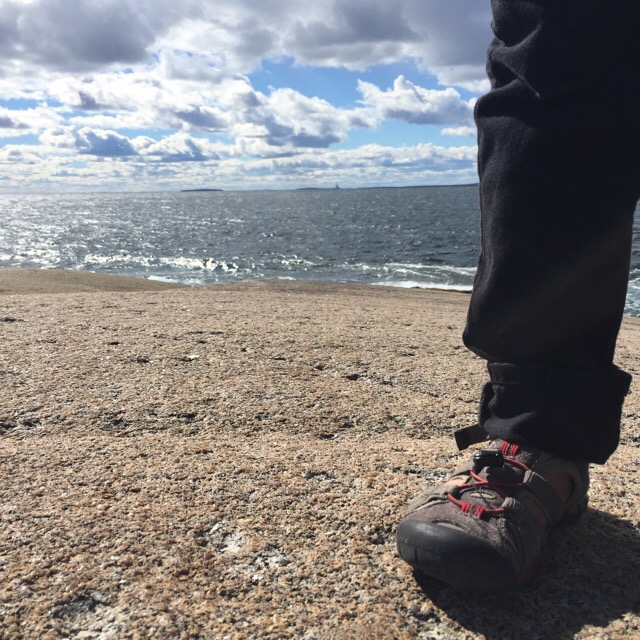 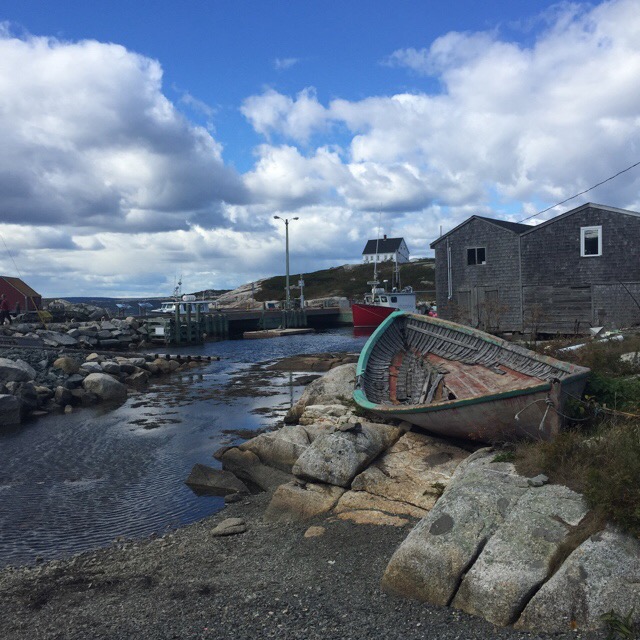 A big Thank You goes out to NN, for all his involvement in organizing not only the Crew Reunion, but for all his time and work in compiling the Crew Registry, and inspiring our unforgettable holiday! 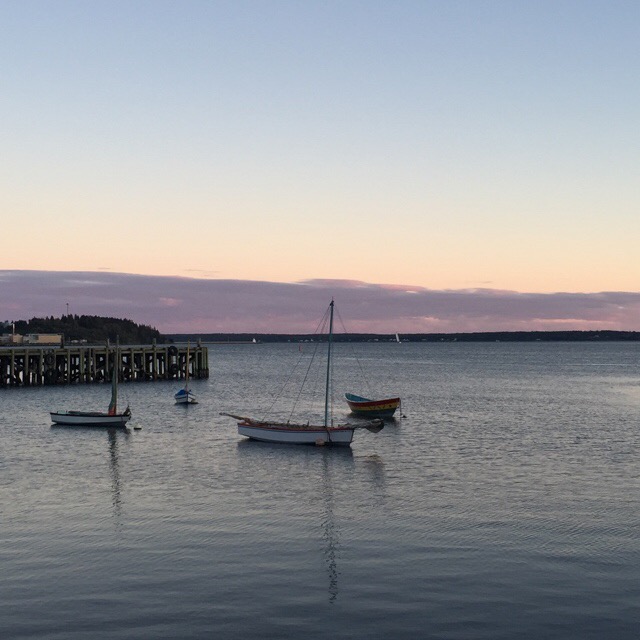 ~~ This post ‘Roadtrip to Lunenburg’ first appeared on http://www.goodshipmonster.com ~~