We are now settled upon our summer Island, Monster secure in her summer berth. We are back working on the Island, and the last couple weeks have been busy. Yet finally, a day came that Gordon and I both had off together. There were no pressing errands. Just some time to spend together as a family with our Boy. The weather wasn’t on our side. It was cold and windy. White caps had been rolling across the harbour for over twenty four hours. Winds were gusting  around 25 knots. The temperature was feeling into the negatives. For mid May it was downright horrid weather.

We also had had a play date scheduled for Centerville Amusement Park. It was just too cold for it to be enjoyable. So it was postponed. Instead, we donned layer upon layer, our foul weather gear, toques and mitts and set off in the dinghy. Just as we wanted to depart the snow flurries and ice pellets began. Oh well. Off we went. 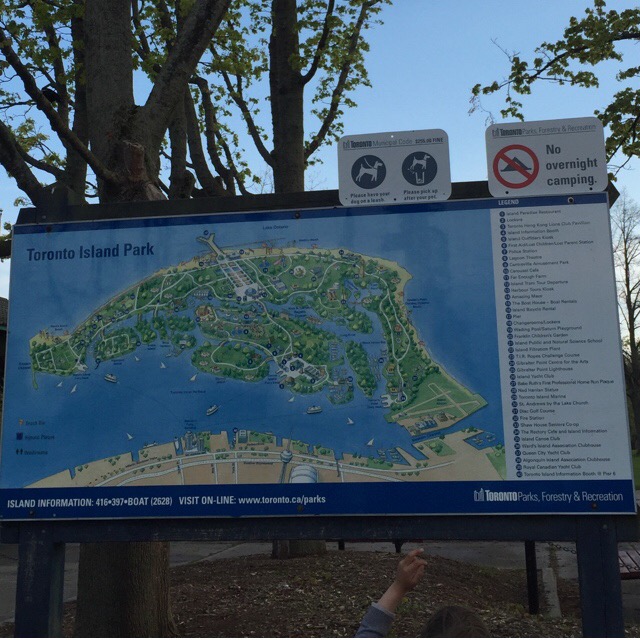 We headed to Hanlan’s Point, motoring down Blockhouse Bay. As we came upon Lighthouse Pond we came to dock our dinghy and went ashore to explore. 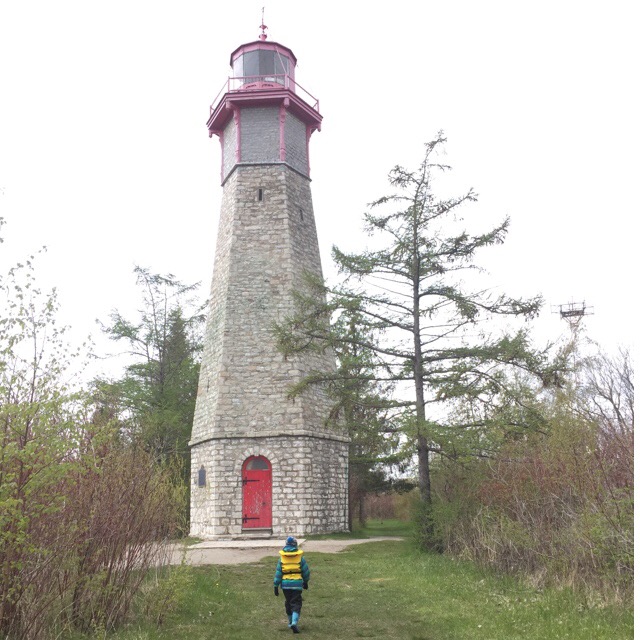 The Gibralter Point Lighthouse was built in 1808. It is well known haunted locale in the city. The story goes that the lighthouse keeper mysteriously dissapeared, and some time later human remains were found in the surrounding area. Only partial remains, and legend has it that the Lighthouse keeper still wanders the grounds to this day.

We continued our stroll to explore Trout Pond. Gordon recounted his memories of the Toronto Brigantines and their excursions and shenanigans in the area from years past.

Eventually we made our way to Gibralter Point Beach. As the winds had been howling out of the West, the waves were crashing on the shore. It was incredibly beautiful. The snow and ice pellets began to fall again, and waves rolled upon our feet. The sand was reddish in hue.

Sadly, the beach was littered with plastic and garbage. We looked for sea glass, but time and time again it was just a bit of plastic we found. Much to my despair, Lake Ontario is the worst for plastic pollution. Our life afloat heeds us the responsibility of being stewards for our waterways; lakes, streams and oceans. It’s a matter that I feel strongly about and will most certainly be the topic of a blog post to come.