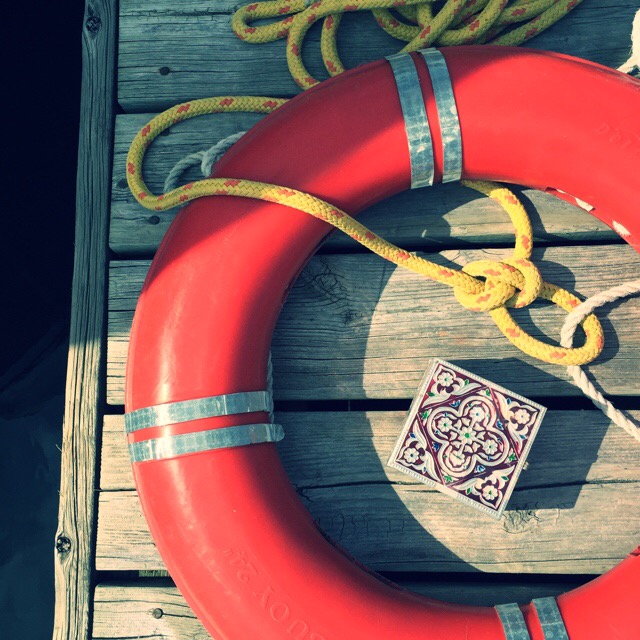 The Boy and I stumbled upon treasure the other week. In fact as we stepped off the boat and walked down our finger pier, there it was.  A small, ornate, red and silver, metallic box  bobbing in the water, caught in the corner of the adjacent slip. Even though it was raining I laid down upon the dock to fish it out. It isn’t very often that we find such an object floating in the marina. Usually it’s a plastic bag, a pop bottle, a coffee cup, or a bit of styrofoam. Once I came across a five dollar bill. But on this day we came across a true treasure box! 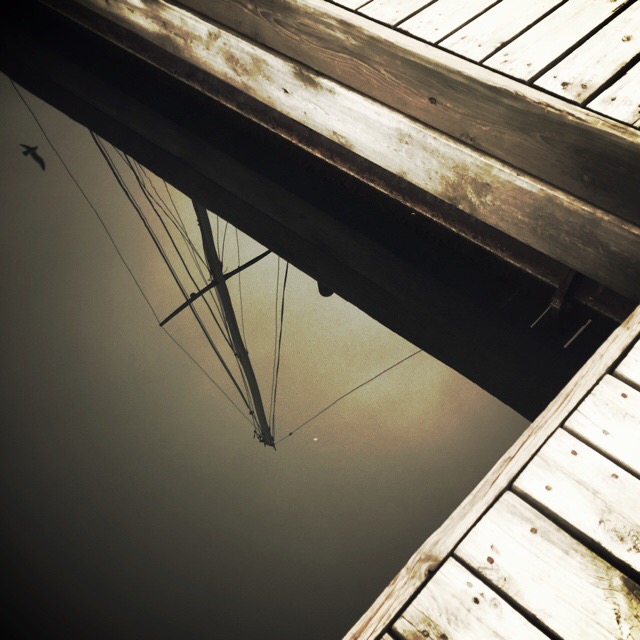 I could see right away that someone had taped the box shut with cello tape. In addition to the little closure…  I tipped it to one side to drain the water out of it. It ran red. My eyes widened and my mind began to race. Oh gosh, you know what I was really saying in my mind. What is in this thing? Hello hebee jeebies.

Tredipidiously, I opened the box. The Boy was asking me, ‘What’s inside? What’s inside?….’ As excited as we were to find treasure, I was incredibly nervous. What if I opened it and there was something inside I didn’t want the Boy to see? His blue beady eyes were steady fixed on that box. I just had to open it before he exploded. Or grabbed it from my hands.

And much to my dissapointment all that was inside was seeds, they may have been pistachios. And there was an odd fuzzy orange thing. I quickly closed it feeling a bit deflated. The Boy was nonchalant. Seeds? That’s it?!  I set it down on the dock in the life ring. I got to thinking. Why would someone put such seeds in a box? Why would they tape it shut? How did it end up in the water? Is it a curse? A wish? An offering? Hmmm.

It snowed, then it snowed some more. With some rain and wind in between. It really has been a crazy Spring in regards to the weather.  For several days we walked past the box, to and fro. I have been truly and oddly weirded out by this object. I just can’t put my finger on it. Finally, I came to open it again. The fuzzy orange thing immediately and still creeps me out to no end. Though this time I noticed a gold card in the bottom of the box.

I never pulled the card out. I have no idea what it said. We set the box gently back into the water. We felt it best to send it on its way, to continue, perhaps, or fulfill whatever purpose it may have.