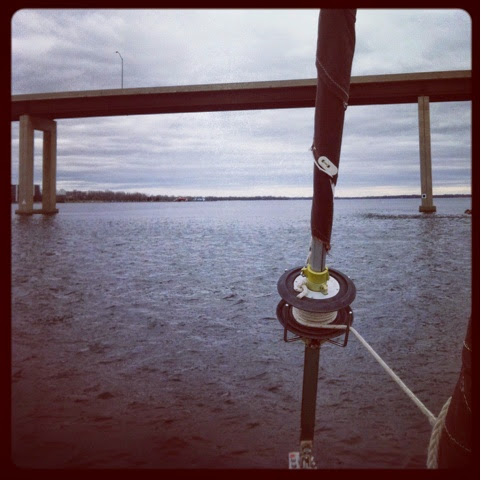 Oh and what a voyage it was! It’s hard to put into words the excitement and gratification one feels upon sailing one’s own vessel on it’s Maiden Voyage. We departed Belleville, Bay of Quinte, on a cool damp morning, about 11 am. Once we passed under the Bay of Quinte bridge we hoisted the sails with great enthusiasm. As its still early in the season, sailing through the Murray Canal was not an option. Hence, we planned our course through the Bay of Quinte, Telegraph Narrows, Long Reach, Adolphus Reach, and out onto Lake Ontario for Toronto. We were extremely cautious to wait for the right weather window before departing, especially given this fickle spring. The favorable winds were on our side. We were able to maintain an average of 5 knots under sail initially, and then 6.5 knots as the waters widened upon Adolphus reach. We witnessed a beautiful, stunning sunset. Of course, any sunset on a Maiden Voyage would have to be considered beautiful. 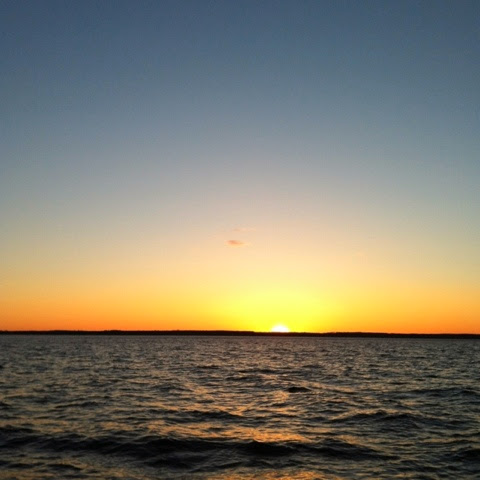 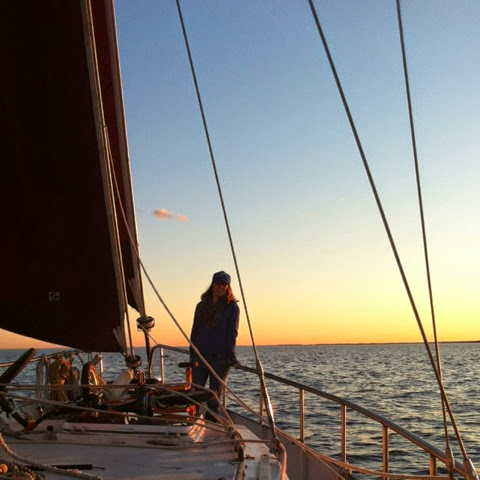 As the night came and we sailed onto the Lake, between Timber Island and Prince Edward County, the seas became characteristically lumpy due to the shoal-y nature of the area. Our Monster took it all in stride. Fortunately, our Boy was well asleep and never took any notice or feeling of the sea state. Coincidentally, this was also his first night at sea. The poor Dog however, became rather distraught. The utterly non rhythmic sound of the auto pilot, as well as the rise and fall of the boat, held her on high guard. So many of the sounds and motions of Monster underway were unfamiliar, not only to the Dog, but to us as well, as we continue to get to know our boat. Eventually we shortened sail and motor-sailed, and then, the hum of the engine helped the Dog’s tense body relax at my side in our bunk. My subsequent night watch was spent patting and calming the Dog, and keeping our course close to the north shore of the Lake. At this time of year there wasn’t much traffic, I only witnessed one freighter. 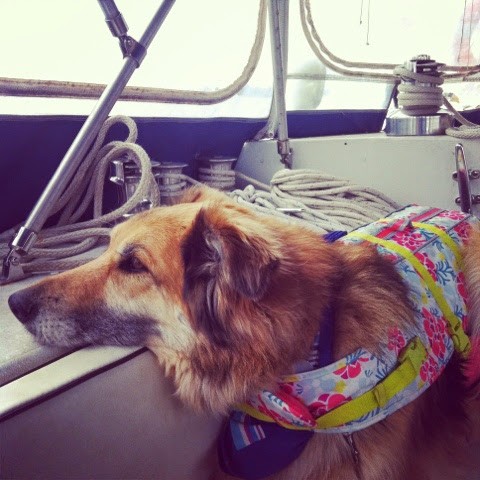 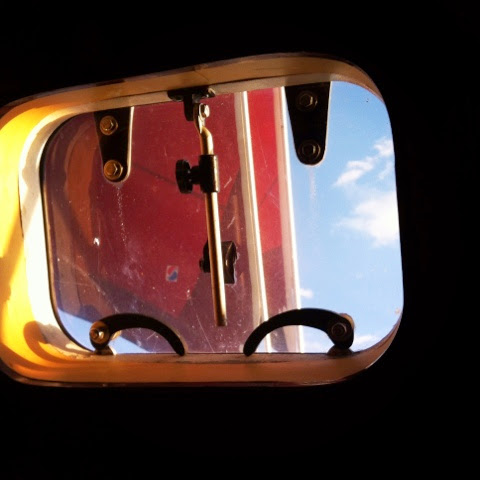 I felt an incessant giddiness, an infinite pleasure as I guided our boat through the night. This night, this voyage, has been a long time coming, it was truly wonderful!  It was easy to harken back on all my past night watches, from my very first aboard the Picton Castle, and the phosphorescence that washed upon the deck as we sailed from Cape Town, South Africa. I reflected upon my first anchor watch aboard the Tocorime Pamatojari as we laid at anchor in Botafogo Bay, Rio de Janerio. I felt the momentous presence of the Christo Redentor as he kept a watchful eye upon our ship no matter where I seemed to stand on deck. These watches, among many others, day and night, for both Gordon and I, all cumulated to this moment in time. 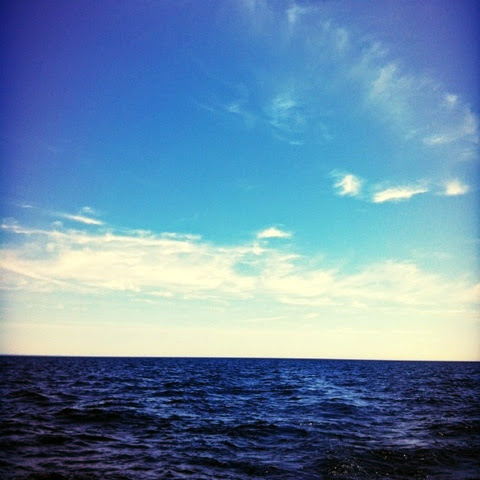 The next morning greeted us with a bight sun, a blue sky and picturesque clouds. It was a beautiful day to be upon the lake. We sailed, we motored. I paid homage to my late Father as we sailed by Newcastle. I wish the day could have lasted forever, but before long the Toronto city skyline was on the horizon. We were almost home. Our new home. Again. 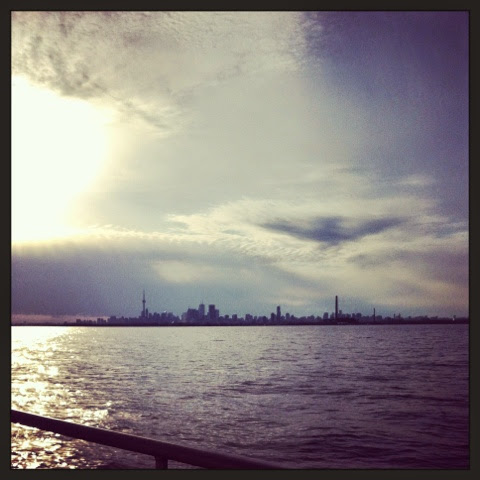 A big Thank You to Paul Wallace for taking this beautiful photo of Monster under full sail as we sailed by Prinyers Cove, Prince Edward County. 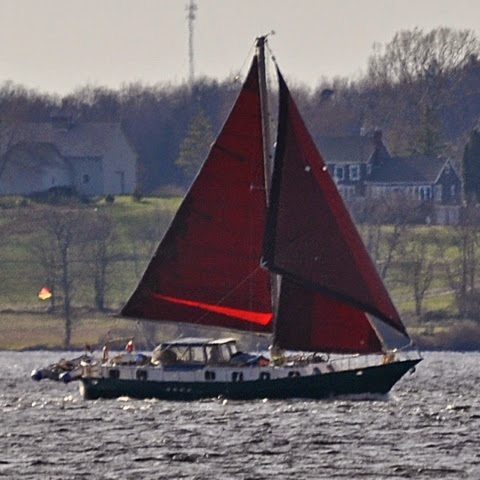